Even Batman can’t win a fight without his utility belt and all his fancy gadgets. If a mobile app developer is Batman then the below-mentioned tools are his trusted gadgets. Now that I have single-handedly ruined Batman for all the developers who are reading this blog let’s get to the topic at hand, Top 7 Android app development tools for (duh!) app developers.

There are many tools that many of you would be using at present; I hope to increase your ease of work and development quality through this blog. So enough heartfelt concerns and care for developer brotherhood, let’s dive into this awesome list of Android app development tools and services.

An amazing tool with a simple design, Vysor is a screen projection and control tool that puts Android phone on your Desktop screen. Vysor can be installed on your desktop using ADB (Android Debug Bridge) command-line tool that lets your PC communicate with other devices; in this case your android phone. Once Vysor is installed, you can access your Android phone on your PC by going to Chrome Web Store and downloading an app for the mobile. If you face any trouble in integrating Vysor all you need to do is open USB debugging option from the developer option and click on build number.

Android Studio is an all in all Android app development tool for any developer. This tool is also considered as the official developing environment for Android’s OS. Many features make Android Studio an undoubted choice for most of the experienced Android developers. Some of these features are Flexible build system, Real-time profiler, APK Analyzer, Fast emulator, intelligent code editor, etc. The user interface in Android Studio is unparallel to any other at present in the market.

If you like developing Android games then the Unreal engine is the perfect tool for you. With its latest version of the software; Unreal Engine 4, you can create stealth games, shooting games, racing games and many other games. The engine is written in C++ language that gives us an interface to develop all the games. Many of the famous games like Bioshock, Alien Swarm, Harry Potter game series, Batman game series, etc. are made using Unreal Engine which proves the quality of work delivered by this Android app development tool.

An amazing Android app development tool that helps you to build high-quality apps, Genymotion is very popular amongst Android developers due to its immense speed in testing the entire code of an app. This speed of testing is possible with Genymotion due to the X86 mode of operation in the tool. It is a seamless piece of emulation software that doesn’t crash even with multiple virtual machines for various Android versions.

Stetho is a debug bridge for Android apps. Developed by Facebook, it is one of the best examples of Android app development tools and services. Stetho is an open-source debug library enabling Android developers to have a highly interactive debugging experience. Stetho tool checks if any given data is saved in the SQLite database or not. It further analyzes which data is stored in shared preference verifying all the HTTP requests being operated and to view hierarchy displayed in current activity.

If you like fast coding with fewer mistakes Codota should be your choice of Android app development tool. At present, the only drawback for Codota is that it is integrated with JAVA IDEs but the official site of Codota has announced more languages are coming soon. Codota provides suggestions when you are coding to guide you when in doubt. An instant search option enables developers to search any Java class needed in Codota. The safety is very high in Codota as it never uploads user data onto cloud so there is no chance of code leak.

If you are an Android Developer (Fresher/Experienced), Android app development services and tools are an important part of your work and you need to always stay updated on what new tools and services are releasing for you. This will not just make your work easy but also give you more spare time for new projects. 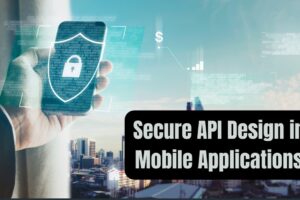 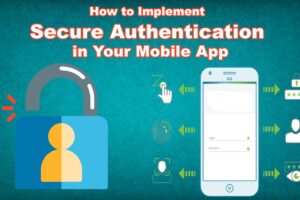 How to Implement Secure Authentication in Your Mobile App

This Is How You Can Increase the Chances of Making a Successful Mobile App
Why Your Mobile Payments May Be Insecure?