Facebook Twitter LinkedIn Tumblr Pinterest Reddit Pocket Skype WhatsApp
Most of the modern applications either related to web development, Android or iOS are concerned about delivering the optimum solution to both user and developers to use and developed respectively. These tools are making developers to choose among libraries and platforms that involve little efforts but good results. Everything you see today around the globe has its virtual impression on the web. According to the Google facts, there is a large number of companies that do not even exist physically even. Talking about the web application how they are making progress towards better services to users.

Along with that, there will be a detailed overview of applications with their pros and cons, of course, to make you the master of choosing what best you can make out of these tools. These tools will help you in improving the output as well as running steps in software development smoothly.

Django is an open source full-stack framework that is powered by Python and supports version of Python up to 3.4. Full stack here means that it provides all needed stuff from just out of box, templates, server side and even it generated tan admin panel in order to configure website without editing the complete code. It is kind of CMS but not actually the CMS. You won’t need any of third-party frameworks and platforms for your website.

All main features including the initial framework. Django follows the flexible Model Template View approach of architecture to decide the logic and the views. One of its main advantages includes ORM (Object Relational Model) to support database and the tables. It natively supports common database engines including MySQL, Oracle, Server, DB2 and other additional drivers. It makes migration between the frameworks easy and adapts everything itself.

For newbies in the industry, if they are into experimenting Django and want separate installed webs server than Django can be your favorite and its supports lightweight development server.

Focusing too much on backward compatibility somewhat actual reduces its development and the performance speed. It is often very hard to integrate about particulars within the system.

Django is also called as a monolithic framework that keeps everything within the confined patterns.

You always get the relatively big structure even if you want to develop a simple landing page.

Setting up asynchronous processes for real-time chats, games is possible but fairly complex

This framework has proved itself as it is a high loaded website like NASA. Django has also utilized thousands of other medium websites and startups because of its convenience, functionality from the box and good documentation skill, therefore a large of people among the community is ready to provide help for it.

One of the most reliable and famous open source MVC framework that has been created with Ruby. Before starting into real ROR discussion it would be advised to familiarize yourself with Ruby traits. ROR was developed to make the coding of applications that are web-based, simpler and the faster. Probably it is a competitor of Django in terms of better services.

How To Improve Your Web Trust ?

Features and the Advantages

Ruby on rails works under its own principal that is convention over configuration. Editing among multiple files and it expects coders to use unified configuration standards and principals.

Convention over configuration idea gives benefits to write less code as it can be. As well as Django, rails follow MVC approach and concept that provides default structure for the database and web services to web pages. One can also use both database engines with drivers included originally.

RoR is a good choice for professionals to build a kind of application from just basic website to high traffic web platforms or portals like DMS. Just like Django, RoR has a lot of standard tools that keeps developers restrain from using heavy application. A lot of various size startups and large enterprises like AirBnB have chosen it to be their favorite.

Developers Express.js is an open source framework to build a classical web application with server-side API. If an honest opinion is considered it is standard server framework for projects that use JavaScript on the backend.

If you are new to web development and only aware of some JavaScript and basic tools like HTML and CSS then Express can be the best choice you could ever start with. On the other hand, JavaScript might be quirky sometimes so the suggestion is to start with Python or Ruby on rails on the backend coding.

Express provides a simple interface to create websites and web applications. Primarily it helps individual to set or organize your application by using many of already developed templates with least efforts. You don’t have to be concerned with protocols and other processes. Unlike Django and ruby on rails which have quite strong and firm position on application development processes. Express has the best way of doing everything simple, flexible and pluggable.

It is quick but basically, for applications, it requires online connections like online games and in the case when you require quick data fetching from database.

You need to install additional libraries to get all required features for development which includes ROR and Django in the beginning. It has a lot of compatibility issues as there are a large number of additional Express, Node and packages to update the module and so on.

Node processes are asynchronous and non-blocking which work great when application have requests for external data sources and only slight modification in the data. It does not behave well when applications need to exceed the data outside the application.

Express at best for developing the simple web services with little functionality rather than huge and complexes web portals. It is high-loaded calculating backend with the increasing demand of Node.js. Express is expected to reach somewhere competing other popular Web Application Framework. MySpace, PayPal have chosen it for specified services on the website.

Angular is a JavaScript open source framework that is specially designed for a single page web application using MVC pattern it is not full stack but the frontend framework that deals with all web pages. Angular is an evolution with complete new version and framework.

What it actually does it deals with static data and allows dynamic data to create web application rather than static HTML website.

Angular is an application that is based on the components and the stored modules. It is a combination of both HTML and TypeScript which also defines what display you want to see. Simple it works in the component where you can define:

HTML tags. Objects and more about their values

Where the custom tag in the index and how and where components should be placed properly.

You can link as many components as you want by replacing different custom tags. It provides online and proper view logic stores and updating if data gets changes.

It has no backward compatibility with Angular 1.x. One has to get familiar with TypeScript first. It may seem not to be SEO friendly just like other frameworks are. But no doubt angular jas solved its many server rendering features just some little knowledge is required.

It is the most powerful framework to build a single page website and cross-platform mobile applications. It has excellent features and doesn’t have to be particular about choosing and updating plugins to install and work with them. The developer can also use it for landing pages but not for those who want to see their pages on the top searches. Angular is supported by Google and its large community. It is the most powerful and popular framework on Github. Some of the well-known companies like Guardian, HBO, PayPal use Angular. With the rapid development pace, it has easy code integration for unit testing that can be certain to be your best choice for the next project.

As you may have noticed that JavaScript is now everywhere and surprisingly working with JavaScript frameworks found in libraries that are in trend. React is one of the best websites that is supported by Facebook. Although React is now not a full stack framework it provides just View-Level and some call back functions to render like HTML code and powerful frontend tool.

React is all about the fast views and renders. On the other hand, updating the DOM is somewhat little critical and when one tries to updates or display a large amount of data in bulk. React allows to re-render the changes one DOM elements.

Imagine, the scenario, one needs to display on a web page and there are thousands of users with their last login time, and need is to update it online. Typically, one needs to ready JSON or Ajax for every single time from the server to update the page. What actually Reacts does is finds and then redraw only users whose login time has been changed. This helps in application moving really fast.

Popular Approach to Use Social Media Walls for Your Business

When you develop an application using React then it creates a structure called as Virtual DOM that is next to the one that is real and with same structure and time when HTML should be updated. It first updates Virtual DOM and then finds the difference between the real DOM and one that gets created and then redraws only those HTML elements that are real. Any component that gets created with React works like Virtual DOM.

A created object with React has JavaScript that contains JSX and all other necessary logics inside it. One can build or create whole HTML page where each element can be the component or buttons, checkboxes or tables and define their respective behavior corresponding to the JS files. The developer can also use the same name for the different components of different pages.

Again you cannot say React as a big motivation for the full features server-side application. It’s really cool tool for just manipulation of views. Moving to the other frameworks one can require the rewriting of its all HTML. Using the Node you will also need a lot of packages. Just like Express, it is very complicated to move designs from PSD to any sketched JSX files. JSX can make designers go crazy.

Who chooses this application?

Facebook has created and being used by it as Instagram. But to develop a multifunctional and full features web portal developer needs more than a pure React or probably the Express or

Django for the server side. It is the fastest tool in this.

Both backend and front tools are popular and not going to replace any sooner, so completely the choice of programmer and designer to choose when appeals him more. One the backend side it all depends on the type and exposure your application owns. Both Django and ROR are proving a reliable for startups and for complex large applications. Starting with Express seems to be risky because its lacks many solid project structures and most importantly the well-defined approaches won’t help.

On the frontend React and Angular are good choices. Vue is far simpler to start and less popular which may create complexities in finding the contract. These are the Popular Web Application Frameworks that will probably cover you every concern related to application development.

Why Your Mobile Payments May Be Insecure? 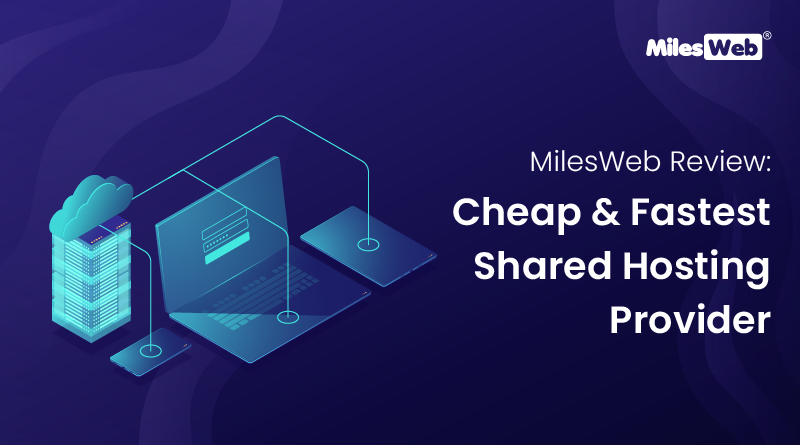 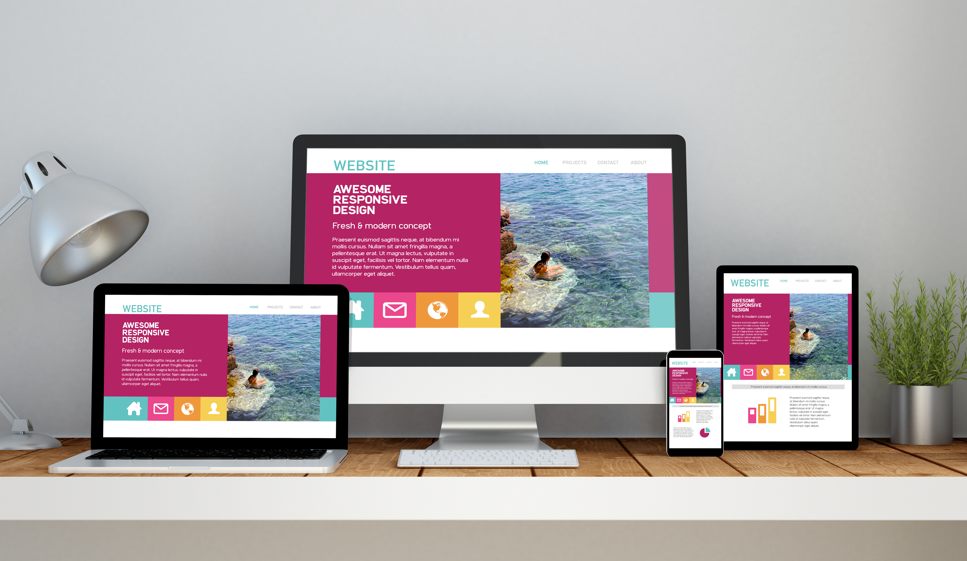 6 Ways To Improve Your Website’s Usability

4 Questions to Ponder Before Selecting a Real Estate Website Template